Oman’s historical development is the background to the Sultanate’s unusual firearms heritage of single-shot rifles. In the second half of the 19th century European nations indulged in a technological arms race following the first adoption of rifled firearms designed for the line infantry. Until the development of high explosives at the end of the century shifted the focus of the arms race back to artillery, the infantry rifle became the main strategic weapon for European nations seeking new lands for their rapidly growing populations. Repeating mechanisms allowing a rapid rate of fire, were the focus of development.

Some of the early repeating mechanisms did not inspire confidence in the infantryman who would be very vulnerable to any failure or gas leakage. Single-shot breech-loaders rifles such as the Snider or Martini Henry, on the other hand, had a solidly-anchored lump of metal between the breech and the shooter. This reassurance resembled the former muzzle-loaders which were safe but slow to load. That is why the Martini Henry remained popular among Asian nations that did not rely on massed infantry battalions. This is an example of what has long seemed a puzzle to archaeologists unfamiliar with the local needs: why doesn’t new technology always drive out the old?

Oman’s fragmented populations readily exchanged their matchlock rifles for the Martini Henry, decorating them with engraved silver bands and nails. Other nations such as Afghanistan and Nepal began manufacturing their own versions. Oman, at the time one of the principal mercantile and imperial powers in the Indian Ocean, took to distributing British-made Martini Henrys throughout the region. This helps to explain why large numbers of Martini Henrys remained in use in Oman long after European repeaters like the Mauser, the Gras, and the Lee Enfield became available. Some of the more splendidly-decorated or rare Martini Henrys are conserved by HAEF in the Bayt Ar Rudaydah. 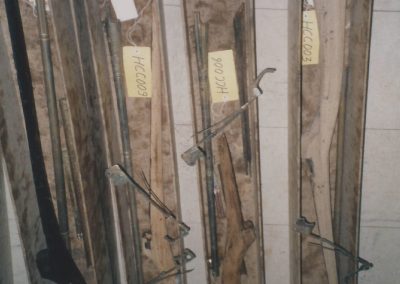 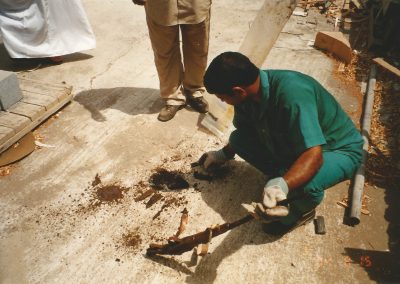