HAEF LLC was incorporated as an Omani company in 2002 and has nine shareholders of whom three are British and the rest Omani. There is no permanent Chairman but Dr Christopher Roads, the Founder of the company, is acting Chairman as well as Managing Director. The shareholders are ex officio directors of the company; the majority are from distinguished Omani families. Though there is no Omani legal equivalent of a British charitable company, by mutual agreement of the shareholders the company functions as if it were charitable. Thus, any profit made is ploughed back into some aspect of Omani military historical funding; no dividends are ever paid. 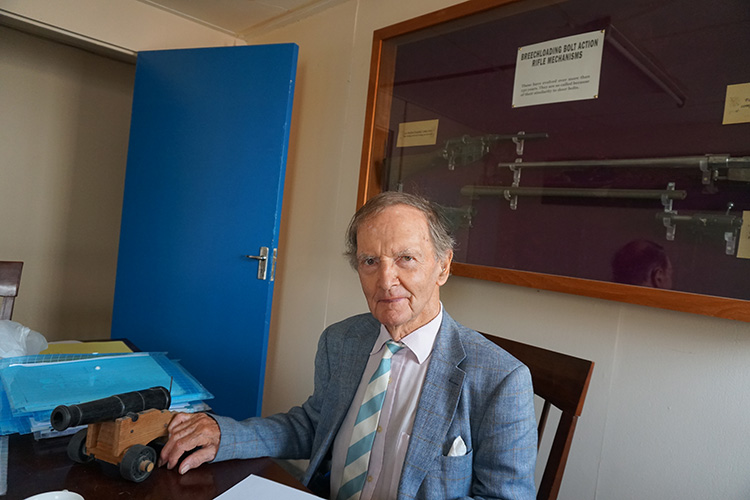 Dr Christopher Roads, who is managing director, is a former Deputy Director of the Imperial War Museum, London and as a UNESCO Consultant has been responsible for designing over 30 museums and archives in the UK and around the world. Perhaps his greatest achievement was conceiving, creating, and running for its first ten years the Duxford Aviation Museum in Cambridgeshire in the UK, now Europe’s largest aviation museum. As a former trustee of the museum ship HMS Belfast on the River Thames in London, his naval qualifications are also considerable.

In the Middle East his largest enterprise was designing and creating, for his Late Majesty King Hussein, the Nasb al Shaheed, the United Services Museum in Amman, Jordan. He is a former President of the International Film and Television Council (UNESCO Category A Body) in Paris and Director of the National Sound Archive in London. He is a noted expert on firearms and a former President of the Historical Breechloading Small Arms Association of Great Britain. He is author of many papers and some books including “The British Soldier’s Firearm: from smoothbore to small bore 1850-1864”. As five times national long-range match rifle champion shot of the UK, he is also well qualified on the practical aspects of shooting.